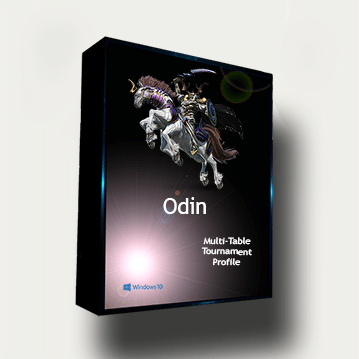 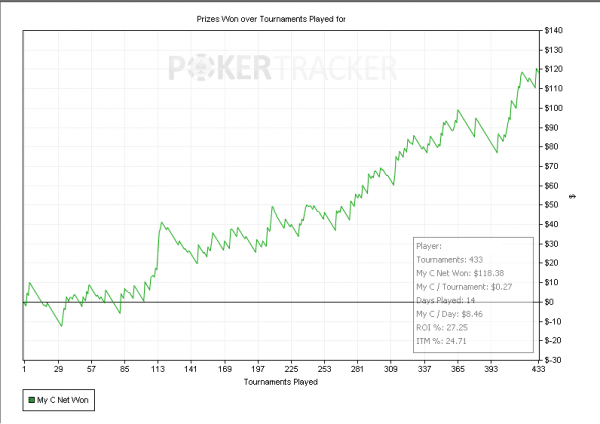 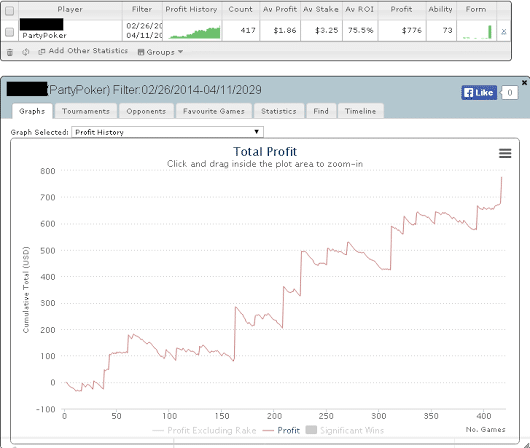 Designed to demolish large field tournaments, Odin is the choice for many mtt grinders.
This online tournament bot has been developed based off the Tournament Master class from Upswingpoker.com.  Our poker bot uses a an aggressive preflop strategy that puts its opponents in a corner and tends to put them on tilt. Odin will go into another gear if you have PokerTracker 4 as Odin uses their stats against them and adjusts gameplay on the spot. Our poker bot knows when its profitable to open raise, 3bet, jam, rejam, etc preflop along with proper cbetting, floats, delayed cbetting, probe bets, check raises, and value bets postflop. After every 5 copies are sold the price will go up, so get it now!

Odin plays great without Poker Tracker 4, but when combined with it, this poker bot has a distinct advantage on exploiting different types of players.
– Steals when against tight vpip/3bet blinds
– Uses fold to 3bet stat to squeeze in the blinds against late loose raisers
– 3bets light against frequent steals
– Cbets when profitable using stats like fold to flop cbet and fold to turn cbet
– Calls down river

My goodness, I really do not know where to start in regards to this bot. This bot out performs what was described within its description in my opinion. It knows when to put pressure on your opponents and gets extremely stronger and smarter as you get deeper within the tournament. It’s almost like it knows what your opponents have. This bot will make moves that you definitely wouldn’t make with your own free thinking and right when you thought the bot made a bad move or call you realize, DAMN, maybe I’m not as good as I thought...lol. Seriously this Odin Bot is damn amazing, money well spent. I played in 28 tournaments so far using this bot and cashed in 24 of them. Out of those 24, I placed first place 8 times. I cashed in a mid buy in tournament recently that had a total of 1,267 players and ended up busting out in 18th place. That’s how amazing this bot is. One day later I ended up placing 28th place out of 784 players using this bot. I had some issues in the beginning to what I thought was the bot, but turned out it was my old computer which I since replaced with a much faster one and operator error on my part. So my advice to anyone purchasing any of these bots that you have a computer that can handle the load. Very important. I found out the hard-way..lol especially if you want it to run flawlessly. I say this to say that if you are having any issues with your bot, they have the best customer service. If I had an issue they respond quickly and tend to my issue and fixed anything I felt if the bot was not performing in a way I would like it to perform. Anyway I’m happy with my bot and looking into another one now for 6 handed cash and tournament games. But this Odin bot from my experience is on a whole new level of awesome. 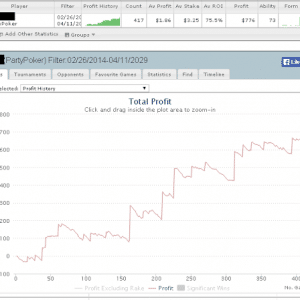 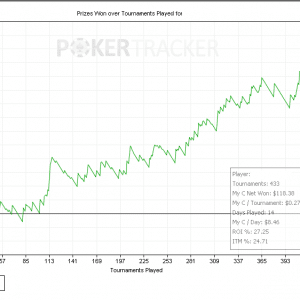