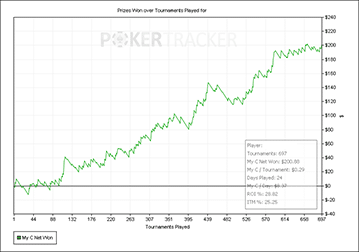 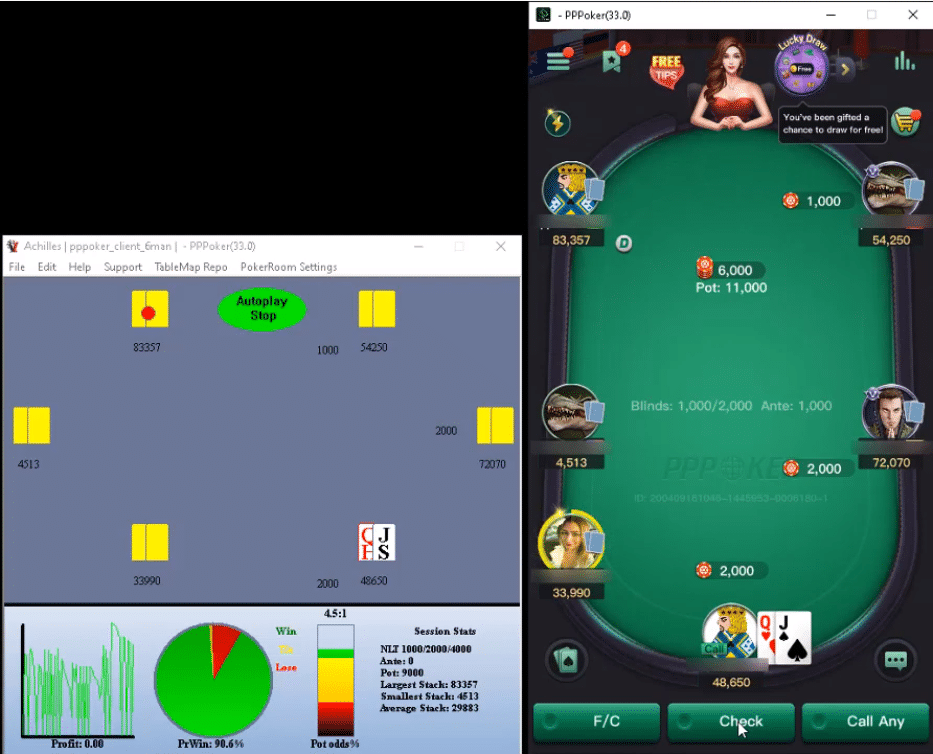 Abaddon plays a small ball strategy based off of Daniel Negreanu. First, it tries to keep pots small when playing implied odds hands such as pocket pairs and suited connectors.  Then, this tournament poker bot pounces on opponents with big hands preflop and postflop.  By specializing in pot control, and exploiting opponents by reading their stats from PokerTracker 4,  the bot adapts to each opponent, whether in cash game or tournaments. This professional online poker bot has received the most reviews from customers, as well as the highest!

Had a great score with Abaddon. Finished 3rd in a field of over 600 for a ROI of 1300%!! Great customer service and fantastic profiles!:)

best tournament bot ever used, and really well coded. customer service is very good also and professionnal special thanks to chris and robert.

Had some realy good scores with abaddon. Of course it wont play perfect but it is very solid. Keep up the great work!

Joined my very first tournament with this one, Really the first one, It crushed thousands of people. Ending up in first place cashing over 400$ Can't go wrong with this one.

If you play tournaments this is the Bot, played only 8 low buy in MTTs and reached 2 final tables and 1 ITM, it has been improved from early version (negreanu), great customer service, special thanks to Robert

This profile has really impressive winning hands rate (%), and that is imo most important factor why it's winning much from tournaments. Abaddon is and always will be TOP 1 in my MTT profiles arsenal.